We live in a democracy. The most important aspect of a democracy is the 'People'. A commoner can become a leader, the leader an idol, the idol a dictator and the dictator a lesson, all by and because of the people. However, much to the chagrin of the makers of our constitution, we are not able to do our job as 'The People'. We are in a slumber, a slumber that has the power to turn our oneiric nation into a insuperbale tyranny. The greatest example of this is an uninformed, oblivious electorate. With such an electorate, this country will cease to be a democracy of a billion people, rather it will become a democracy of the elected 543 where they take all the decisions and actions in our name without actually thinking it's effects on us. Today, we have entered into an era where the greatest irony is our fear for MPs and MLAs. We are the ones who have elected them and given them the rein of the nation for 5 years yet eventually it is we who bow before them, under fear.

"The most celebrated festival of democracy" is the boilerplate used for elections, but is there really a need to celebrate something which in reality has degraded into nothing but a symbol of something we failed to achieve- a true democracy. Those who don't vote, do not have the right to complaint, and it is only in the perverted forma of government that you don't get the right to vote. Hence, if you don't vote, you give birth to a government you never wished would have been there in the first place. Only Voting is not sufficient, because if you just vote and then relax, you make this a democracy of just 543 people which this country isn't. Be informed about your government, look at every action closely and in an unbiased manner. If you are not happy, react. Pressurise the govt. to do what you want to because we don't belong to the government, the government belongs to us. Learn to question and listen before being swayed. We the people owe this nation something it should have got much earlier: The true and mature democracy.

It is important for us to realise that the social contract was not just a theory to be learnt and studied, it was something which we needed forever. If that contract is not being fully and honestly fullfiled by the other end, then we have all the right and power to terminate it and bring a new 'sovereign'. We are stuck in a web of oblivion assiduously spun by the hegemonic weapons of the ruling class. We are happy to get a free mobile phone and a digital India but what about women security and a safe India? Learn the real issues and fight for them, pressurise the government to get your demands fulfilled. We the people don't need assurance of strong internet connection and daily 'free' high speed data. We need Job Security and assurance that our family gets feeded full to the brim everynight, whether it has a breadwinner or not.

We are the people. Only we can do this. 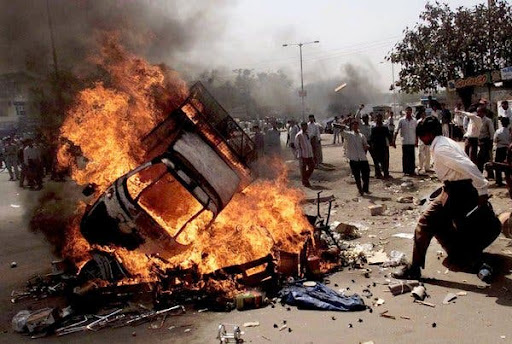 THE SEMANTICS OF RELIGION

Yashovardhan Singh
Just a student expressing what I think is right. Remember, what I write here is my view and not necessaily the righ view. Please don't use this as a platform for ugly conversations but definitely use it for expressing your thoughts.